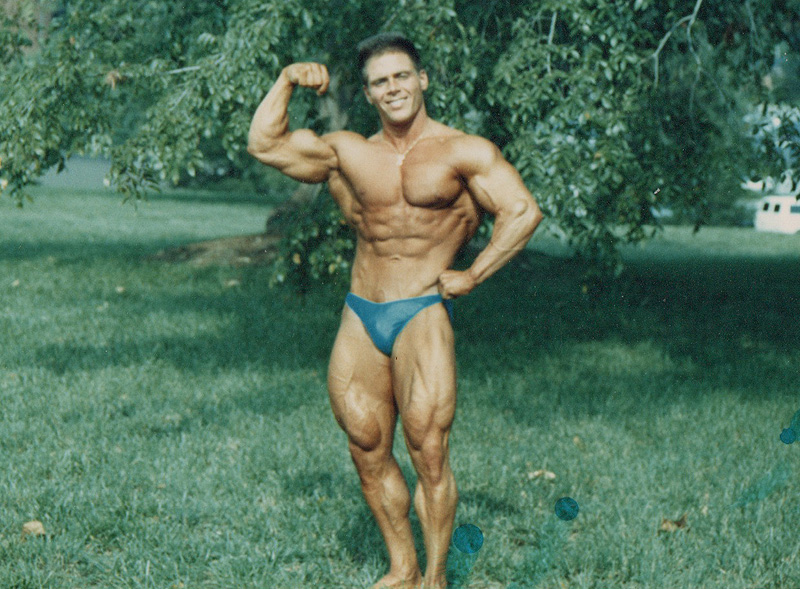 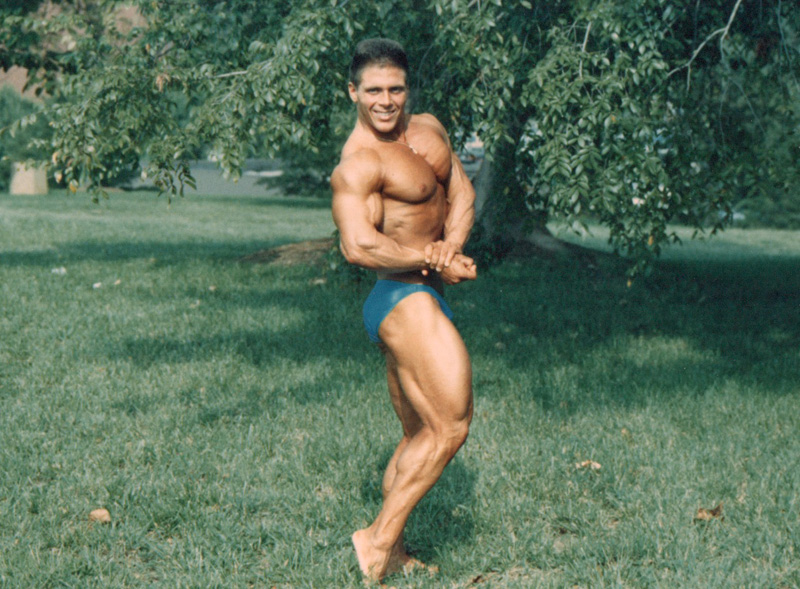 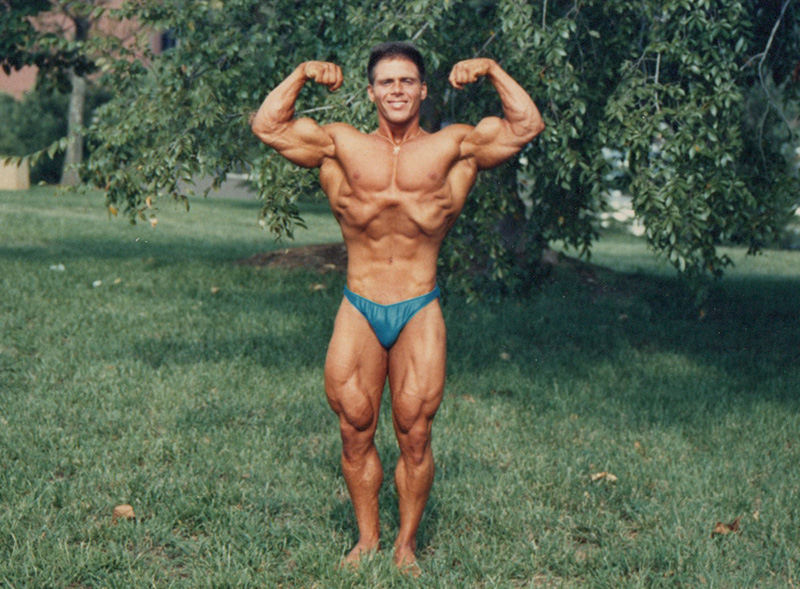 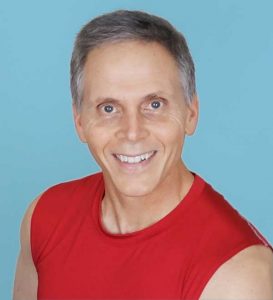 I started working out with a plastic-covered weight set from Sears when I was 12 or 13 years old. I subscribed to all the muscle and fitness magazines at the time to help me learn how to workout and rolled the weights out from under my bed to use them after school. I was determined to look like the guys in those magazines!

As soon as I was old enough to drive I joined a local gym. At the time the only people who really worked out were either bodybuilders (how defined and proportional can you look) or powerlifters (how much can you lift). The gym I joined happened to be a bodybuilders’ gym. They were all friendly and helped me learn even more. Before long I became one of the most knowledgeable people there.

I competed in my first bodybuilding event at 22. About that same time, I started playing semi-pro football. Neither of those things paid enough to pay the bills. I always had to have a “real” job as well. Two years later I stopped playing semi-pro to focus on bodybuilding, competing in Nationals and Junior Nationals, eventually winning the Gold’s Classic, NJ.

At the ripe age of 27 I retired from competition to focus on being a full-time certified personal trainer; training bodybuilders, soccer players, football players and regular people trying to get in shape. I was also the nutritional expert for all of my clients. As registered trainer on the Mr. Olympia Tour I was able to travel Europe with my client (who was competing). After that tour ended I opened a World Gym where I continued to do personal training and nutrition coaching.

When I went to college in my mid-30s to pursue my interest in art and design, I also took athletic training and nutrition classes. But more often than not the professors were asking me to answer student questions about working out and nutrition. It was fun to realized I was the expert in the class!

Fast forward 20+ years after selling my gym and joining a different one. I met Robyn while working out. We clicked around being healthy; which for us meant working out regularly and eating (what we thought) was well. Soon our individual journeys merged into the Whole Food Muscle Club.