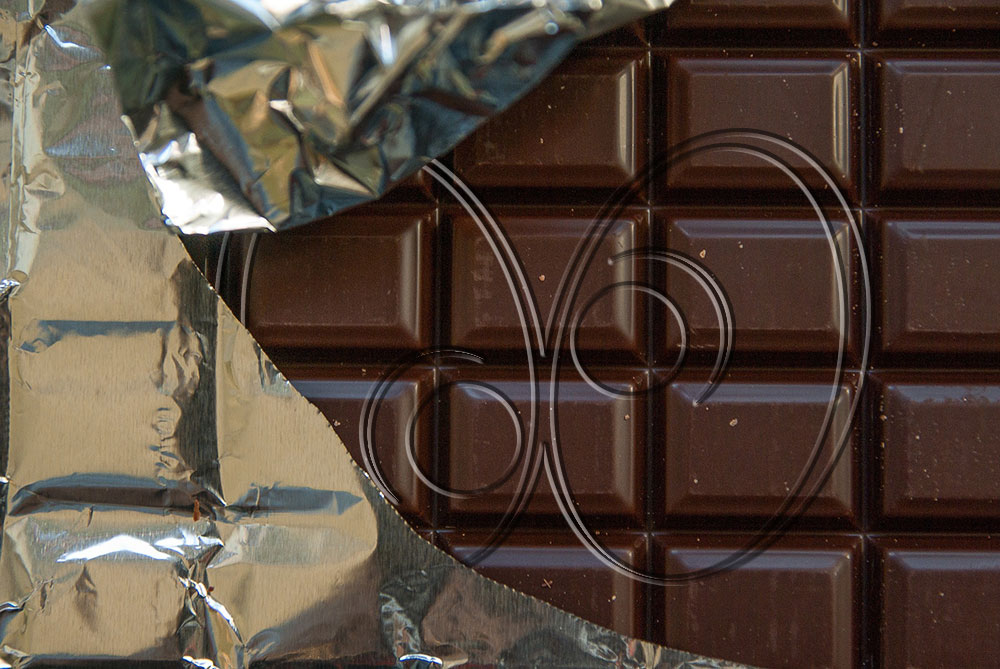 The town I grew up in had a Hersey plant on the outskirts. We often took visiting friends and family there for the factory tour. Watching huge vats of chocolate being stirred by mechanical arms are fond memories for me. I never passed on taking the tour because they handed out candy bars (a rare treat for me) as you left. “Score!” I would think when they had plain milk chocolate bars. Why they sometimes defiled perfectly good chocolate by adding nuts, coconut, nougat, or anything else to it was beyond me.

As an adult, I still love chocolate. But it is a guilty pleasure. I’ve trained my taste buds to enjoy dark chocolate since we went plant based and I carefully read ingredient lists to make sure there is no milk fat in it.

Sadly, I have recently learned that milk fat isn’t the only downside hiding in chocolate. That said, there is also an upside to it. While I don’t think chocolate is a food group that we should actively include in our diet, I also don’t think it is something we should feel like we have to completely avoid.

I’ll summarize what I’ve learned and then you can decide where chocolate fits or doesn’t into your eating habits.

Why chocolate is bad for you

Chocolate often has lead and cadmium in it. We know what lead is and the risks of anemia, weakness, kidney damage, brain damage and the damage it can cause to the developing nervous system.

But what is cadmium?

I had never heard of that.

It is a heavy metal found naturally in soil. It can be near the surface of the earth due to volcanic activity, forest fires and erosion. And can be introduced to the soil by artificial fertilizers and/or pesticides and atmospheric pollution.

But, researcher Dr Anja Gramlich says, “We have no concrete proof that the problem is man-​made. The cadmium seems to stem almost exclusively from the parent bedrock.”

Which means we can’t blame the existence of cadmium in chocolate on the industrial process. It is simply in the soil where the cocoa is grown. Short of ripping up all the plants and moving them to a location tested to not have cadmium in the soil, there’s not much that can be done about that (note – asking small cocoa farmers to do that is unreasonable).

The health risks of cadmium are similar to those caused by lead with the additional risk of it being cancer causing.

The US has yet to set any limits on cadmium in cocoa products. Conversely, the EU started enforcing limits as of January 2019.

The chocolate industry’s defense is that many plant foods have a certain level of cadmium and smoking tobacco can be quite high in it, so it being in chocolate isn’t really a bid deal. That is a pretty weak argument. Chocolate isn’t something we need to live (really, it’s not) and that excuse seems spot on from an industry out to make money rather than look out for our health.

There are also the reports of poverty, child labor and even slavery in the countries that produce cocoa. Not to mention the old growth forest deforestation related to the chocolate trade.

Does that mean we need to give up all chocolate, even dark chocolate? Say it’s not so!

Why chocolate is good for you

Did you know that the scientific name for chocolate translates into “food of the gods?” Considering how universally loved it is, I guess we shouldn’t be surprised. Americans consume an average of almost ten pounds of the stuff a year. And because of that widespread consumption, chocolate has been blamed for things that aren’t really its fault.

MYTH! The dairy in chocolate is more likely to blame for acne than the chocolate itself.

Chocolate is a junk food

Myth again. It’s not the chocolate that’s the problem. It’s the sugar and dairy fat that’s mixed with it. Some commercial chocolates contain more sugar than chocolate!

Truth. But I have to wonder if there are enough antioxidants in it to offset the free radicals caused by the sugar. Maybe we should err on the side of caution and call this one a wash.

But wait, the antioxidants in chocolate are polyphenols that inhibit oxidation of LDL cholesterol and keep blood platelets clumping together. Both of which are risk factors for atherosclerosis (diseased arteries). Okay, slight edge to the benefits of chocolate.

Yep, truth again. There is a substance in chocolate that binds to the cannabinoid receptors in the brain (yes, the same receptors as THC – just not as strongly). And chocolate boosts serotonin (the happiness chemical). Which may be why women crave it when they have PMS and during menstruation.

What does all that mean?

How you use that information is up to you. Russ doesn’t have a sweet tooth and has a take-it-or-leave-it relationship with chocolate. For me, I don’t usually have chocolate in the house. If I really want some, I buy a small amount of dark chocolate with no dairy in it. Some PB experts recommend 80% or higher. I’m at about 65% and I’m working my way up.

Given the option I look for fair-trade, organic and sustainably grown. That doesn’t guarantee those things are true, but it’s a step in the right direction.

And finally – this bit is important – when I choose to enjoy chocolate, I simply enjoy it. No guilt allowed!

YOU HAVE FOUND YOUR PREMIER ONLINE HEALTH PROGRAM

No other program gives you unlimited video coaching, complete library access and full-scale support for all things food, fasting, and fitness. Whether you need information, inspiration, or motivation we are here all the time, every time to help you improve in any way you need.